The short video TikTok app is the most talked and hyped among social media platforms. Ever since this Chinese app has been launched, it’s been going onward and upwards in popularity, daily active users, creators and what not.

With over 100 million daily active users worldwide, TikTok has the highest presence in America with over 35% ok users of TikTok. The platform gives the opportunity for the users to create any short videos in entertainment, fun, dancing, singing or any creative ideas you got. Even with high competition among the short video apps, TikTok continues to rule at the top. 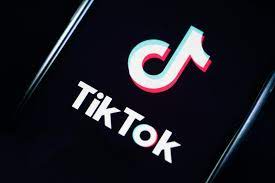 But since TikTok is a short video creating app, how will it dominate social media?

The growing demand and popularity of short video content is going in favor of TikTok who has already dominated the short video format.

Many businesses now use the growing popularity of TikTok among young audiences as the target market to reach the potential customers on TikTok. It’s no longer a platform where you just make short videos for entertainment. The rise of influencers on TikTok who have the potential to influence the audience also gave them an opportunity to earn.

TikTok have also updated the apps with ads and sponsorships that has benefitted both influencers and business to earn and advertise. TikTok has become a business ground for brands to target the vast young audience present on TikTok.

With the popularity and current dominance of the short video format, TikTok will overtake the other social media sites in future. Businesses need to watch out the potential and power that it will hold in future and to plan their strategies from now to use TikTok as an inherent part of social media marketing.