Launched in 2006, Twitter has seen tremendous growth over the years. People use twitter to speak out about issues and express opinions. That is why twitter is always considered as a chatty social media platform where people love to talk with other twitter users.

1. Hashtags greatly help in reaching the content to a wider audience on social media. First of all they help in catching the attention of the user with unique topics. This helps especially while addressing an issue on social media. One such famous hashtag is #blacklivesmatter on twitter which helped twitter users to spread awareness about racism.

2. Hashtags also help in reaching your content to the wide audience. It also helps in segmenting out all the posts under a particular topic placed in a hashtag.

3. Hashtags improve your visibility on twitter. Especially if you are a new creator trying to establish your presence. 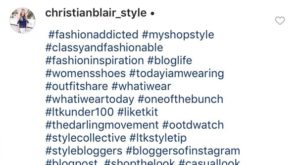 Use hashtags which are trending on twitter to reach your tweet to a wider audience. Every content and industry type has its own trending and most used hashtag. Use them accordingly on your tweet. For example, if you simply write a tweet about enjoying morning coffee, first add generally the most used hashtag in this case would be #coffee then add your touch with a hashtag like #coffeelover.

Always look for hashtags that are easy to pronounce and not difficult to remember. Long hashtags can confuse the audience and they won’t engage with the hashtag.

Make your own hashtag too

Since twitter is a platform where people express their views, let’s not make them waste time in reading so many hashtags.